Source: The Next Amazon (Or Apple, Or GE) Is Probably Failing Right Now | FiveThirtyEight

In research set to be published on Monday, however, a team of researchers at MIT argues that Amazon’s rise wasn’t so unpredictable after all. The researchers believe they have found a set of characteristics that can identify which companies have a shot at success. That could allow cities and states to move beyond the shots-on-goal approach and instead try to foster the specific types of companies that are most likely to create jobs and drive innovation.

But all is not well. Stern and Guzman find that fewer of those ambitious startups are successfully becoming big companies. Put another way, the U.S. may have as many would-be Bezoses as ever, but it’s getting fewer Amazons. 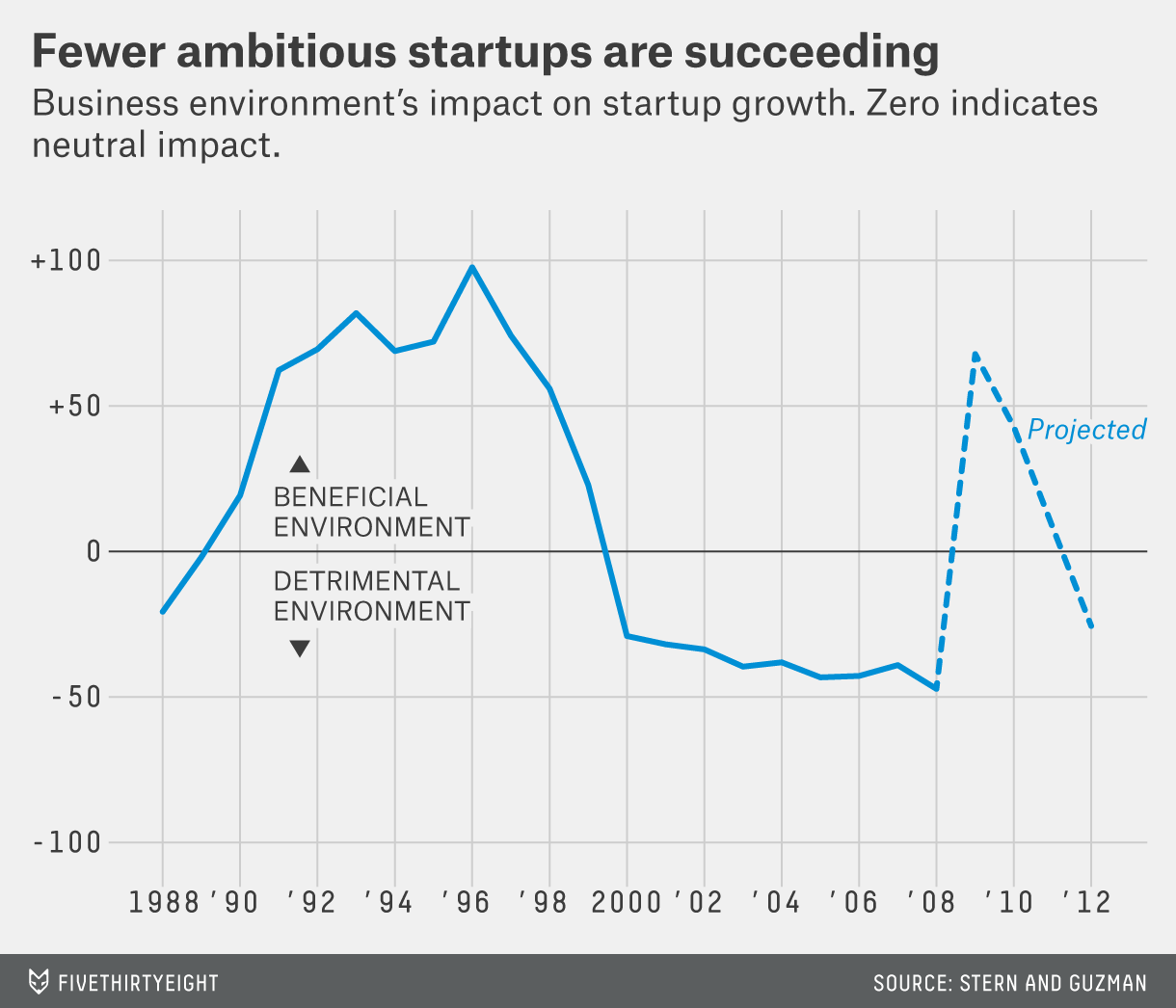 there is also evidence that the economy has become more hostile to new companies. Startups are failing at a higher rate than in the past, while older, larger businesses are increasingly dominating nearly every sector of the economy. Economists on both sides of the political spectrum have found evidence of increased “rent-seeking,” efforts by companies to use government regulation or other policies to protect themselves from competition.