72.11 million cars and 22.53 million commercial vehicles were produced in 2016. Fewer than 1 million of those vehicles produced were electric.
– Worldwide automobile production from 2000 to 2016 (in million vehicles) | Statista
– The rise of electric vehicles: The second million | The International Council on Clean Transportation (ICCT)

Where is all that lithium for lithium ion batteries going to come from?

This is not a chart that looks like lithium production is being aggressively expanded.

How much is that lithium going to cost? 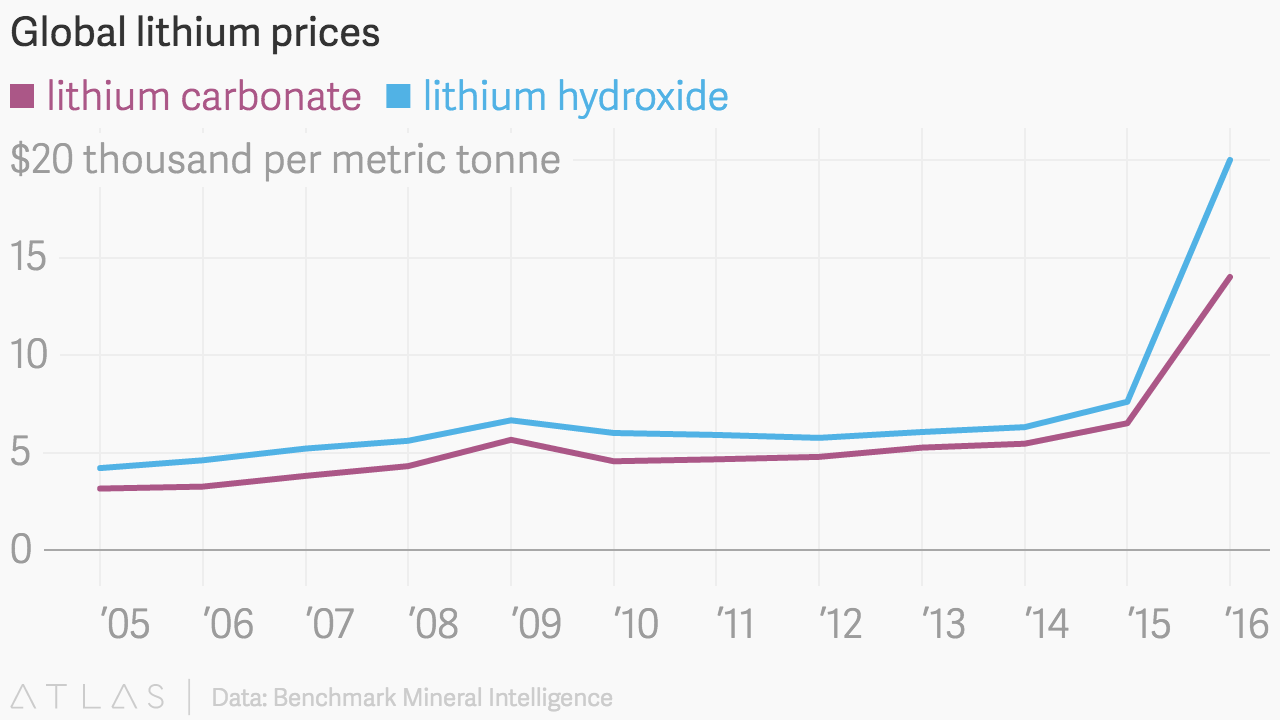 How much lithium carbonate is used in a lithium-ion battery?
Less than 1 kg per kWh.
– Breakdown of raw materials in Tesla’s batteries and possible bottlenecks | Electrek (2016/11/1)