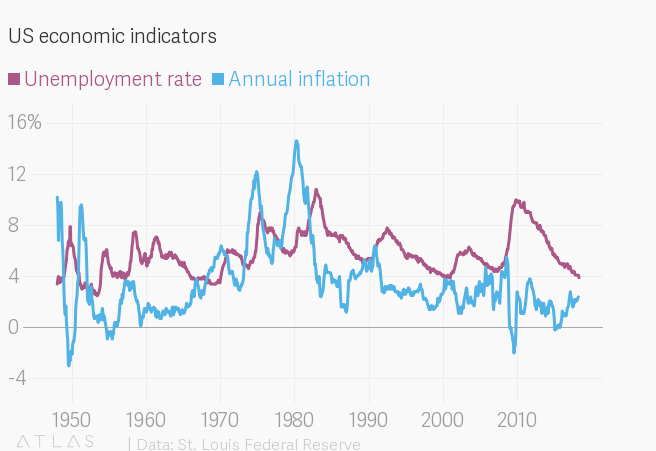 For decades, the world’s central bankers have almost lived and died by the Phillips curve, and it predicted inflation and wage growth reasonably well until the 1980s. Since then, however, the relationship between the factors it is meant to predict has been more complicated.
…
Some economists argue (paywall) that the ways in which we measure the variables at play, like wage growth, unemployment and inflation, need to change—not the underlying theory. But questioning the theory—and perhaps arguing against it—is no longer an arrestable offense.