One of the themes of this newsletter has turned out to be the breakdown of integrity in American business, and the consequences in terms of our increasingly inability to produce the vital systems we need to sustain our civilization. … Today I’m going to continue on this theme, and discuss the increasingly common tendency of capital markets to finance loss-making companies, which is an important trend I call “Counterfeit Capitalism.”

Now, Neumann himself isn’t very important, foolish charlatans are common in society. The question is why he became so powerful despite being so obviously unfit for a role stewarding billions in capital and managing thousands of people. And that’s where we get to the real power centers behind this fiasco, the financiers who lent WeWork large sums of money. … WeWork then used this cash to underprice competitors in the co-working space market, hoping to be able to profit later once it had a strong market position in real estate subletting or ancillary businesses.
…
Engaging in such a strategy used to be illegal, and was known as predatory pricing. There are laws, like Robinson-Patman and the Clayton Act, which, if read properly and enforced, prohibit such conduct. The reason is very basic to capitalism. Capitalism works because companies that thrive take a bunch of inputs and create a product that is more valuable than the sum of its parts. That creates additional value, and in such a model companies have to compete by making better goods and services. What predatory pricing does is to enable competition purely based on access to capital.

Endless money-losing is a variant of counterfeiting, and counterfeiting has dangerous economic consequences. … [Honest] Competitors have to copy their fraudulent competitors. It’s a variant of Gresham’s Law, which says that “bad money drives out good.” If you can counterfeit something for cheap, the counterfeit will eventually take over the entire market and drive out the real commodity. That is what is happening in our economy writ large, a kind of counterfeit capitalism … eventually these companies become Soviet-style generators of white elephants and self-dealing. The men and women who run them have to be charlatans, because they are storytellers justifying losses.

As it turns out, the S-1 was correct; [Neumann] *was* pivotal to WeWork, because WeWork only exists due to his ability to get money from investors. … if we restore laws against predatory pricing and centralized financial control, the entire counterfeit capitalism model will go away. We can then get back to the business of making and selling things to each other without engaging in celebrated cases of fraud and abuse under the guise of ‘quirkiness.’

Negative interest rates are a signal something is very wrong with finance, and the broader economy. … a bank account is essentially a bank borrowing your money and using it to finance other loans that go into productive purposes like building factories. … A government bond works the same way as a bank account, but it finances government … Like a bank account, buying government bonds is a safe way to store assets, and get a little bit of a return.
…
Very low or negative interest rates mean that investors can’t find any place to place their savings. Investors perceive there are no more factories to build, no distribution centers to create, no new energy systems to research, no more products to create. You can only stuff money under a mattress, and the price of mattresses is going up. Our financial system, in other words, is acting like we have no more social problems to profitably solve.

Maybe what’s happening is that we can’t invest profitably, because there are monopolies everywhere you try to put money to work in the real economy.

Economist Simcha Barkai got to this dynamic in a paper he wrote in 2017. Barkai was interested in the decline in the amount of corporate output going to labor. He concluded this decline is not occurring because capital is getting a large share of income. Capital investment is going down even faster than labor share. There’s less spent on workers, and less than that spent on robots. So if labor share is down and capital share is down, what is up? Profits. The driver, Barkai found, is firm concentration is up across the American economy since 1985. This trend is more pronounced in higher concentration sectors, and less pronounced in lower concentration sectors.
…
But this works from the other side as well. It’s not just that there’s no place to put money. Even though rates are low or negative, it’s very hard to actually borrow money and put it to work. … who doesn’t have access to low or negative interest rates? Normal people and ordinary businesses. While powerful firms and individuals can borrow at record low interest rates, most firms and individuals cannot.

One of my main goals for writing this essay has been to introduce two new concepts — merit beliefs and crony beliefs — that I hope make it easier to talk and reason about epistemic problems. … it’s important to remember that merit beliefs aren’t necessarily true, nor are crony beliefs necessarily false. What distinguishes the two concepts is how we’re rewarded for them: via effective actions or via social impressions. 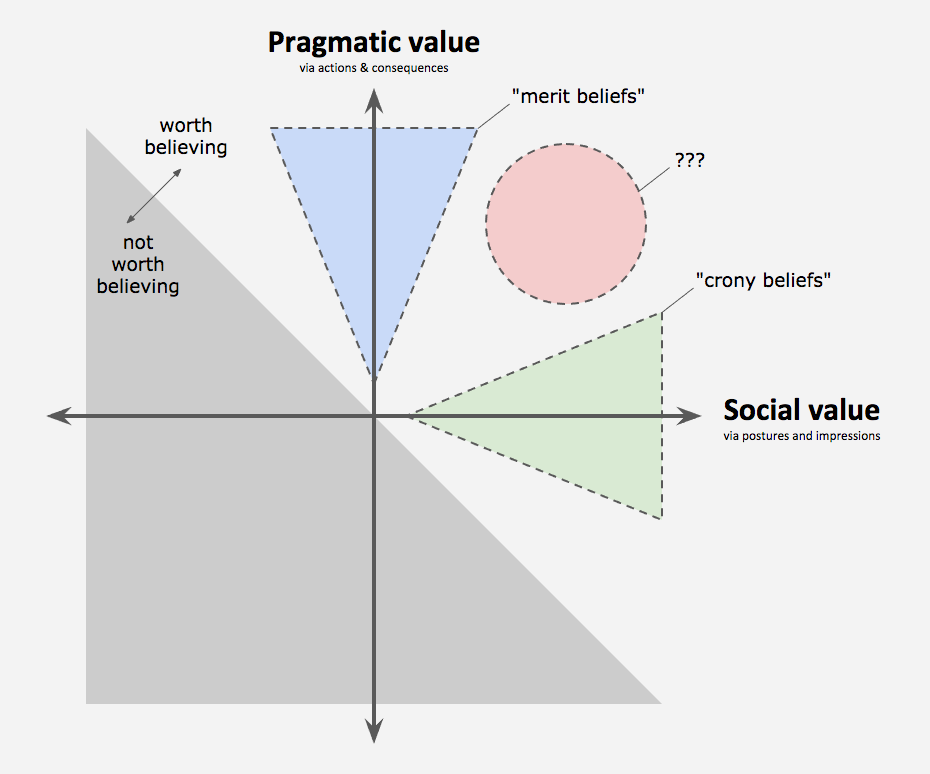 I found Kevin’s introduction of his concepts of merit and crony beliefs to be interesting and potentially useful, and I recommend reading the rest of his post. However, I complain that his “Identifying Crony Beliefs” and “J’accuse” sections sometimes confuse his merit/crony beliefs concept(s) with the immediacy and severity of potential consequences: 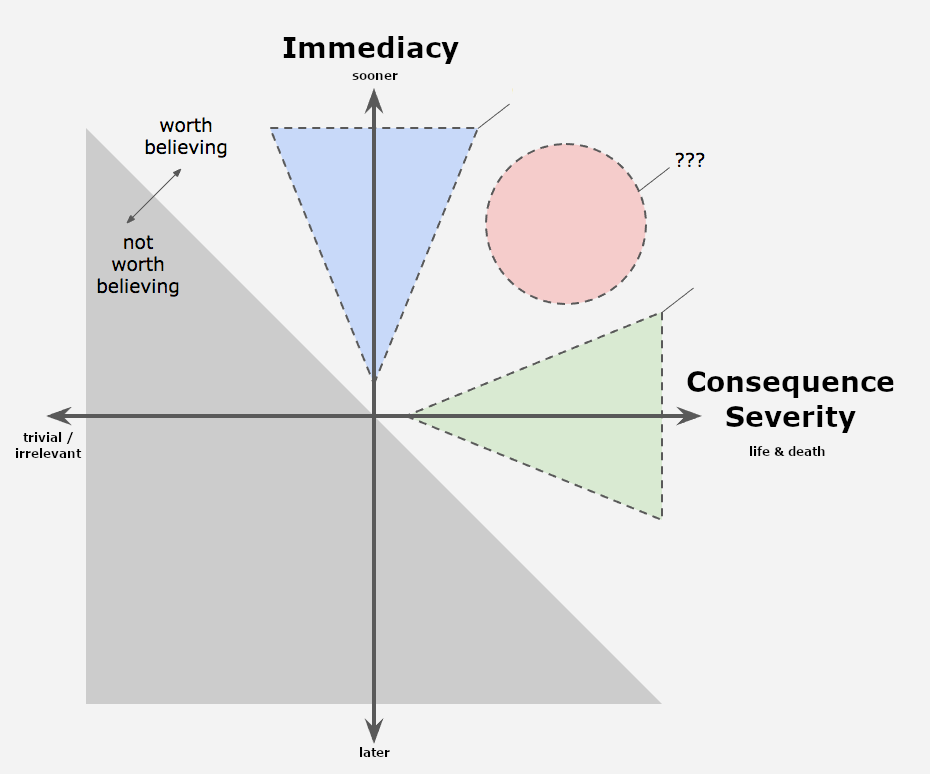 I disagree that “perhaps the biggest hallmark of epistemic cronyism is exhibiting strong emotions … These emotions have no business being within 1000ft of a meritocratic belief system”. For example, if I am with another person in a vehicle (as driver or passenger) approaching an intersection at speed, I probably have a strong opinion about whether or not my vehicle should be breaking to stop at the intersection or not; I will also have strong emotions if the other person is insisting that I am wrong. Similarly, I have no strong feelings about whether or not X, but the only conceivable value to believing that would be social, not practical, so it must be a crony belief.

Strong feelings are indicative of a belief’s high consequential value (positive or negative, social or practical), not of a belief’s social-ness.