We recently finished expanding this investigation to 37 technological trends. This blog post is a quick update on our findings. See the main page on the research and its outgoing links for more details.

We found ten events in history that abruptly and clearly contributed more to progress on some technological metric than another century would have seen on the previous trend. Or as we say, we found ten events that produced ‘large’, ‘robust’ ‘discontinuities’.
…
Here is a quick list of the robust 100-year discontinuous events, which I’ll describe in more detail beneath:

…
It looks like discontinuities are often associated with changes in the growth rate. At a glance, 15 of the 38 trends had a relatively sharp change in their rate of progress at least once in their history. These changes in the growth rate very often coincided with discontinuities—in fourteen of the fifteen trends, at least one sharp change coincided with one of the discontinuities. If this is a real relationship, it means that if you see a discontinuity, there is a much heightened chance of further fast progress coming up. This seems important, but is a quick observation and should probably be checked and investigated further if we wanted to rely on it.
…
Discontinuities were not randomly distributed: some classes of metric, some times, and some types of event seem to make them more likely or more numerous. We mostly haven’t investigated these in depth.

From hunks of iron streaking through the sky, to the construction of skyscrapers and megastructures, this is the history of the world’s greatest alloy.

Source: Did the Victorians have faster reactions? – Mind Hacks, by Tom Stafford
RE: Woodley, M. A, te Nijenhuis, J., & Murphy, R. (2015). The Victorians were still faster than us. Commentary: Factors influencing the latency of simple reaction time. Frontiers in human neuroscience, 9, 452.

Not too long ago, archaeologist Rengert Elburg found something that convinced him that “Stone Age sophistication” is not a contradiction in terms. It was a wood-lined well, discovered during construction work in Altscherbitz, near the eastern German city of Leipzig. Buried more than 20 feet underground, preserved for millennia by cold, wet, oxygen–free conditions, the timber box at the bottom of the well was 7,000 years old—the world’s oldest known intact wooden architecture. Elburg’s team at the Saxony State Archaeological Office removed the ancient well in a single 70-ton block, and brought it back to their lab in Dresden for careful excavation, documentation, and preservation.

When Elburg examined the wood, he could see not only tree rings but also tool marks. But with nothing to compare these ancient tool marks to, this evidence was hard to understand. Thus, he and a motley collection of archaeologists, amateur woodworkers, historical reenactors, and flintknapping hobbyists have been gathering each spring since 2011 for a most unusual workshop. Held in a forest just outside the town of Ergersheim in the southern German region of Franconia, it’s experimental archaeology with a serious purpose.

It turns out that “Stone Age” is something of a misnomer. It might be more accurate to call the millennia before the development of metallurgy the “Bone Age,” says Probst. “Bone and antler were actually the most common tools in the Stone Age. You’re already hunting or eating meat, so there are always bones around. Stone was more difficult to get, and had to be transported over many miles.”

Source: Tea if by sea, cha if by land: Why the world only has two words for tea – Quartz, by Nikhil Sonnad 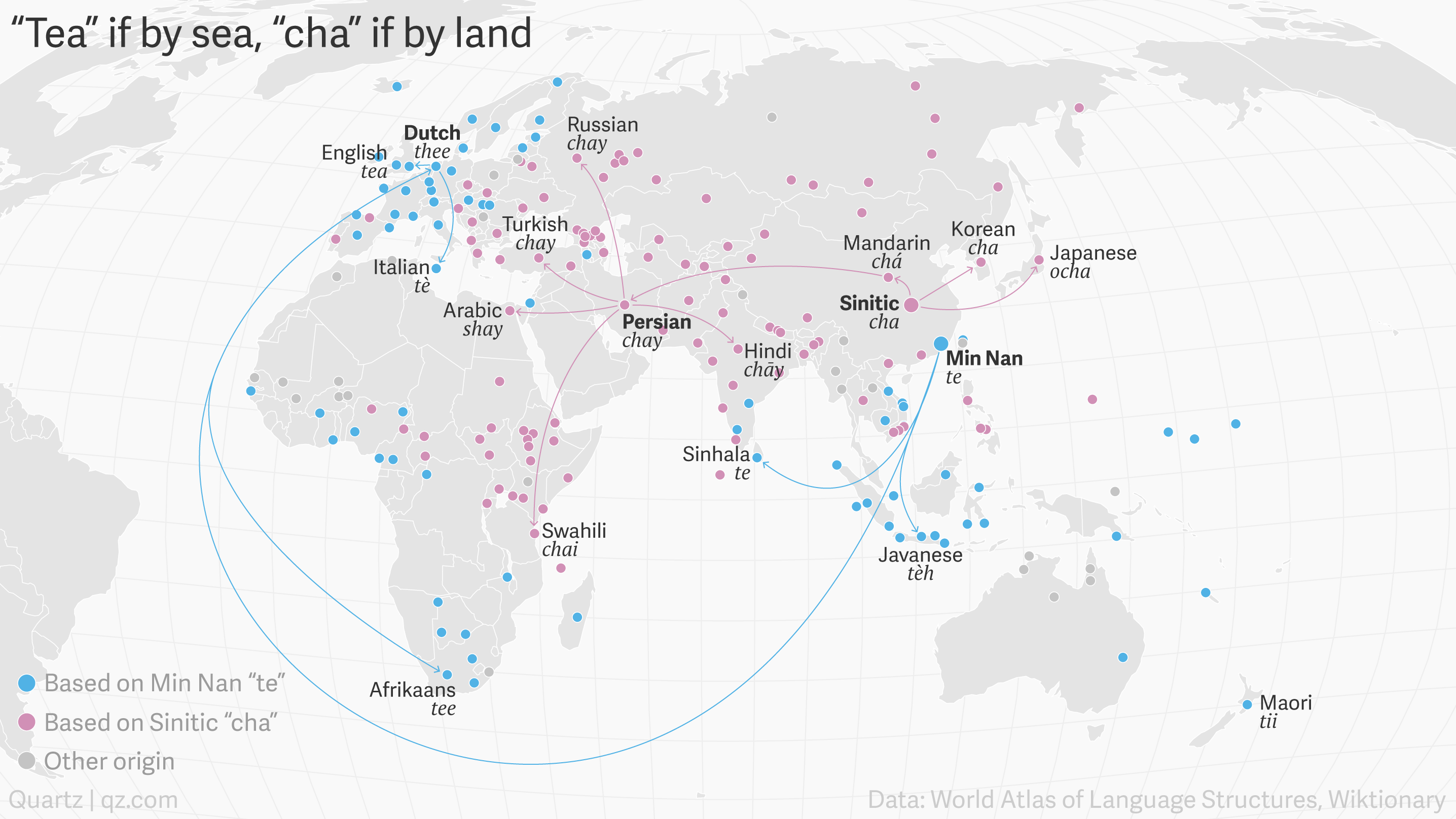