At 97, Ben Ferencz is the last Nuremberg prosecutor alive and he has a far-reaching message for today’s world

“Do you think the man who dropped the nuclear bomb on Hiroshima was a savage? Now I will tell you something very profound, which I have learned after many years. War makes murderers out of otherwise decent people. All wars, and all decent people.”

Extreme libertarians built blockchain to decentralize government and corporate power. It could consolidate their control instead. … The anti-authoritarian left has profoundly misunderstood the corner into which such an ambitious aspiration paints society.

Source: Cryptocurrency Might be a Path to Authoritarianism – The Atlantic, by Ian Bogost 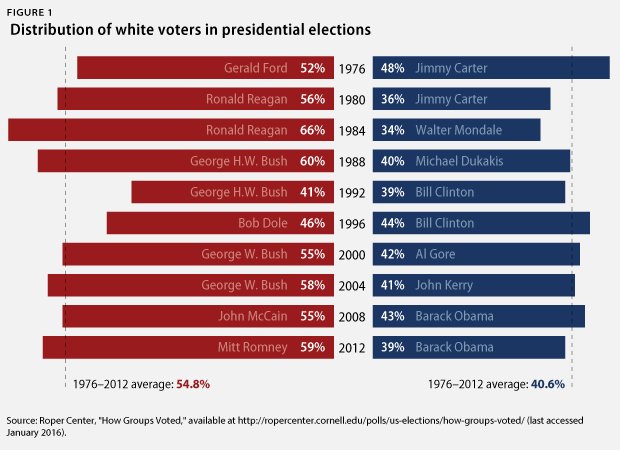 No Democrat has won the majority of the white vote since 1964, when Lyndon Johnson signed the Civil Rights Act. Of course it's about race. pic.twitter.com/96vEwVNCMj

The Fox News host is under attack as never before because many Americans are now forced to take what he says seriously for the first time.

At the unlikely climax of his career, Hannity’s job is under attack because the most powerful man in the world trusts his words in a way no similarly powerful man ever has––and with that great responsibility, with that opportunity to inform the president about any matter in the world, Hannity indulges in half-baked conspiracies.

Source: How Conservatives Awoke to the Dangers of Sean Hannity – The Atlantic, by Conor Friedersdorf

It’s a dramatic and lurid misdirection, one that even the writers of House of Cards would find far-fetched, and it has the benefit of tricking gullible Trump supporters into further mistrusting the media. … Every time Hannity and his allies hyped this story, they disrespected their conservative audience, they hurt a grieving family, and they violated their own professional obligations to carefully check facts rather than engage in wild speculation.

The network I once respected as a necessary antidote to liberal media now peddles craven lies and Russian disinformation.

Fox was supposed to provide some ideological balance within the larger media universe. That was a laudable ambition, but what Fox has become is far from laudable. Not only is it a toxic workplace where the harassment of women is rampant; it is also a no-fact zone. The Pulitzer Prize-winning website PolitiFact found that nearly 60 percent of the statements it checked on Fox News were either mostly or entirely false. Another 19 percent were only half true. … FNC might as well stand for Fake News Channel, and its myths have had a pernicious, indeed debilitating, effect on U.S. politics.

A family of Jewish refugees remembers Berlin before the war.

After Kristallnacht, we had been removed permanently from public view, thereby masking our fate from our fellow Germans. Kristallnacht is often represented as a radical break with what came before. In fact it was not. … As my grandmother, Ilse, recounts in her 1957 memoir The Unforgotten, few even in the Jewish community realized what was really occurring.

Between 1936 and Kristallnacht, the German government flooded public spaces with Gestapo agents. In my grandmother’s memoir, she describes the growing familiarity of the German people with seeing agents appear at doorways, in restaurants, asking for documents, looking for enemies of the people where they were rumored to be. It became typical, normal, ordinary, to see such sweeps. At a certain point, people stopped asking when they saw two agents knocking at the apartment next door. Having agents of the government drop by to remove a neighbor was an event that no longer required an explanation.