JPG made out of the GIF by Quartz, taken from their article What will happen if the US government kills the Comcast-Time Warner Cable merger?. 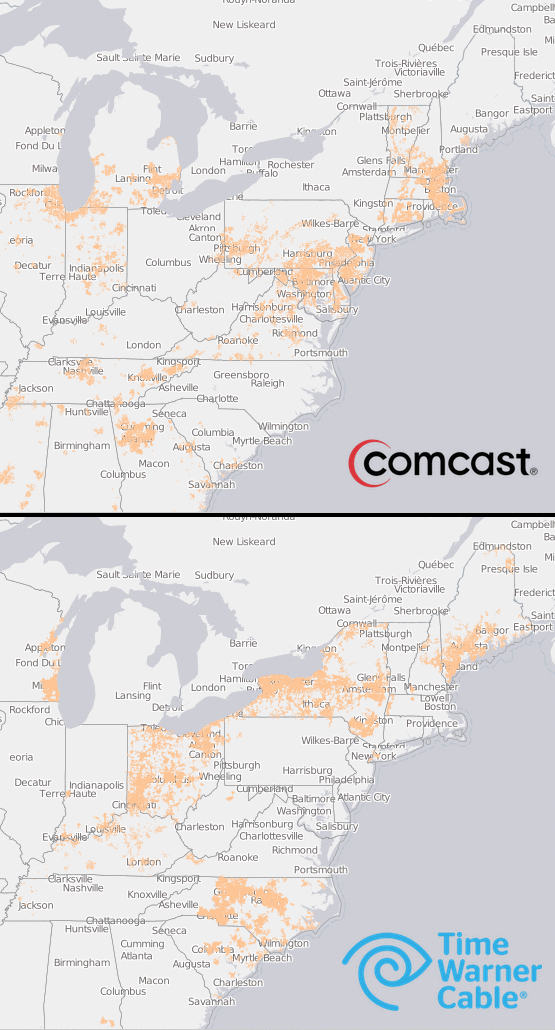 This is what oligopoly collusion looks like. The two largest corporations in the same industry providing the same product/service just “coincidentally” don’t compete with each other. They also coincidentally come up together in consumer satisfaction surveys — DEAD LAST.

Comcast and Time Warner Cable aren’t just the lowest ranked among pay-TV providers and Internet service providers, but that they account for the four lowest-scoring spots on the entire year’s survey.