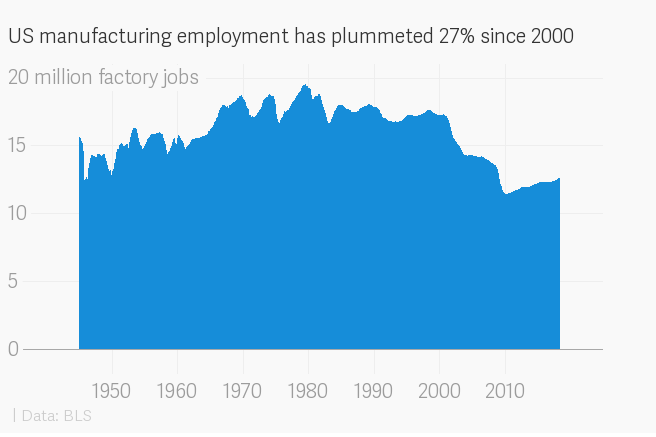 What’s odd is that, even as US factories laid off an historically unprecedented share of workers, the amount of stuff they made rose steadily—or at least, it appeared to. The sector’s growth in output, adjusted for inflation, had been chugging away at roughly the same pace as US GDP since the late 1940s. … That rests on the basic assumption that the manufacturing output data reflect the actual volume of stuff produced by US factories.
…
An economist at the Upjohn Institute, an independent organization that researches employment, Houseman specializes in measuring globalization. She had been working with a team of Federal Reserve economists with access to more granular data than was publicly available, which allowed them to strip away the computers industry output from the rest of the data.
…
In order to understand how the manufacturing sector is doing, economists look at how much stuff factories are making compared with previous years. … To make the output volume comparable from one year to the next, the statisticians aggregating the data adjust for price changes, as well as improvements in product quality. … But most economists and policymakers have failed to take into account how adjusting for quality improvements in a relatively small subsector skews the manufacturing output data. 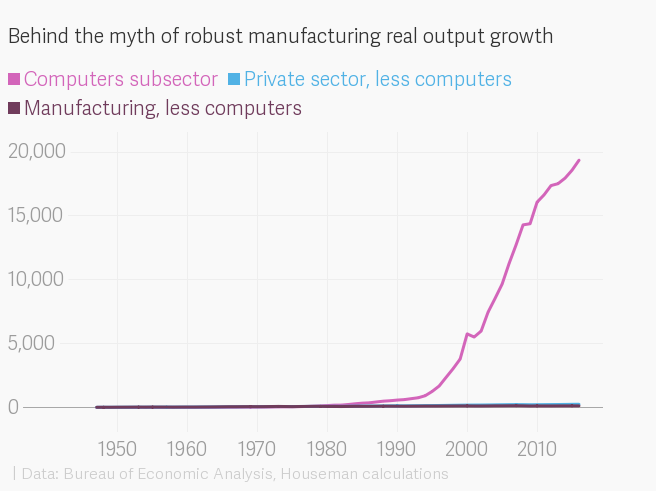 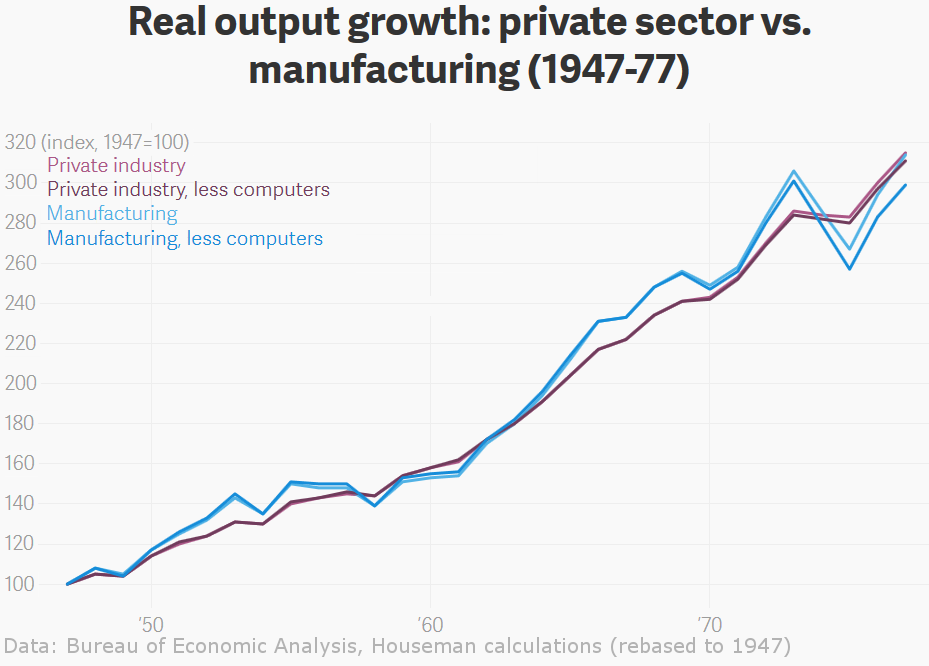 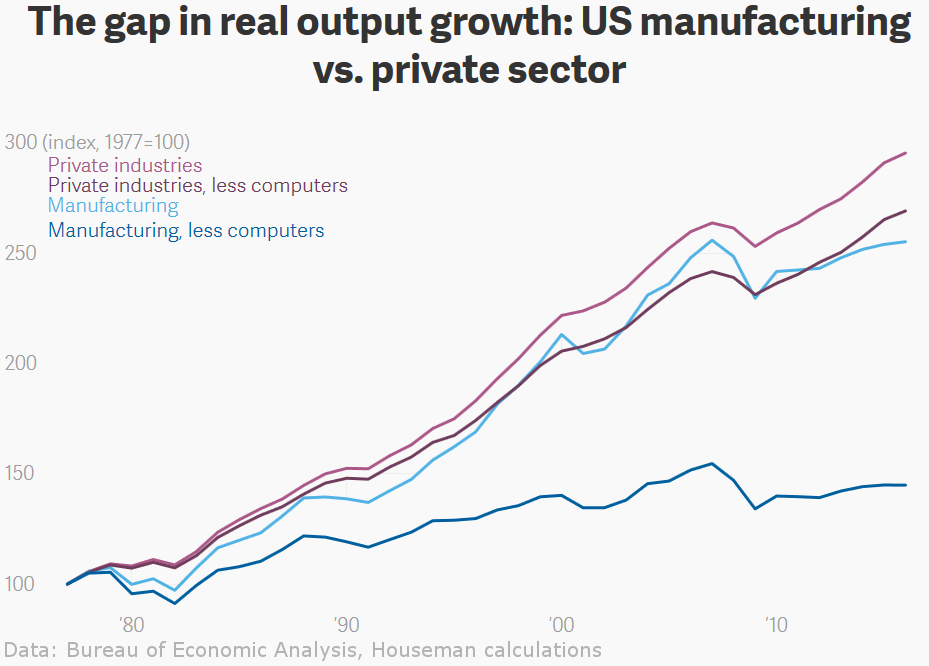 There are also observable signs that automation wasn’t to blame. Consider the shuttering of some 78,000 manufacturing plants between 2000 and 2014, a 22% drop. This is odd given that robots, like humans, have to work somewhere. Then there’s the fact that there simply aren’t that many robots in US factories, compared with other advanced economies. 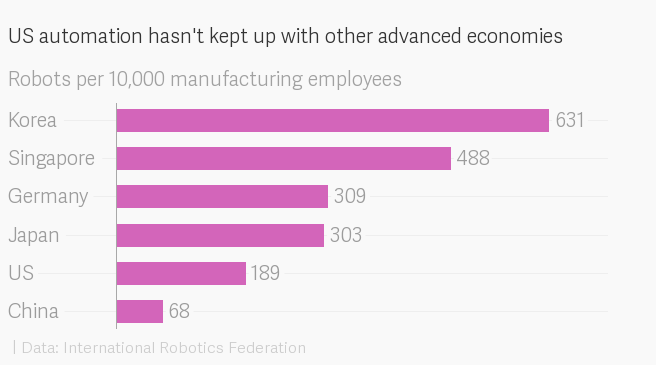 To be clear, automation did happen in manufacturing. However, throughout the 2000s, the industry was automating at about the same pace as in the rest of the private sector. And if booming robot-led productivity growth wasn’t displacing factory workers, then the sweeping scale of job losses in manufacturing necessarily stemmed from something else entirely.