No one knows exactly how many jobs automation will claim. Oxford University researchers guess 47% of U.S. jobs (pdf) are at risk. The OECD, an international economic group, estimates only 9% of jobs are under threat in member nations.

Whatever the number, the effects will fall disproportionately on those with low incomes, according to Furman. The Council of Economic Advisers ranked the occupations in the Oxford University study to see where automation was likely to strike first. 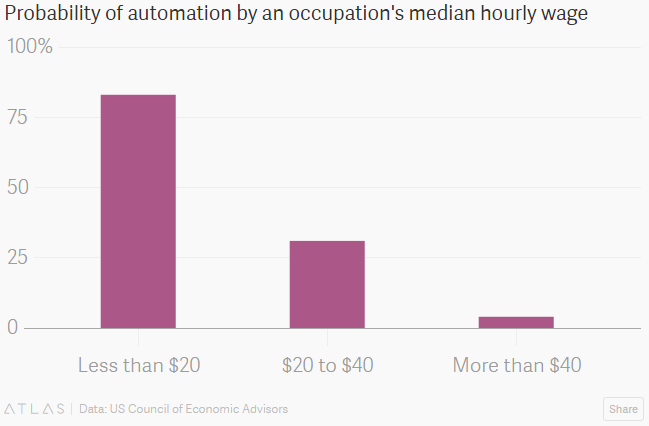 Source: The US government says if you make less than $20 an hour, a robot is probably going to take your job — Quartz