Source: Where have all the insects gone? | Science | AAAS

A weather station for biodiversity

Researchers in Germany hope to develop a set of automated sensors that will monitor the abundance and diversity of plants, animals, and fungi with the help of pattern recognition and DNA and chemical analysis.

The mass of insects collected by monitoring traps in the Orbroicher Bruch nature reserve in northwest Germany dropped by 78% in 24 years. 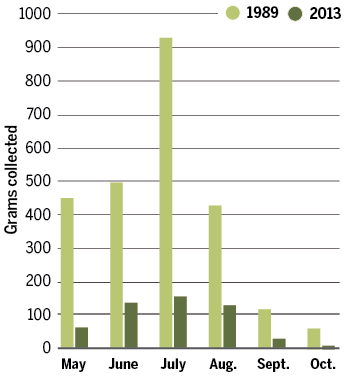