Source: The link between polygamy and war 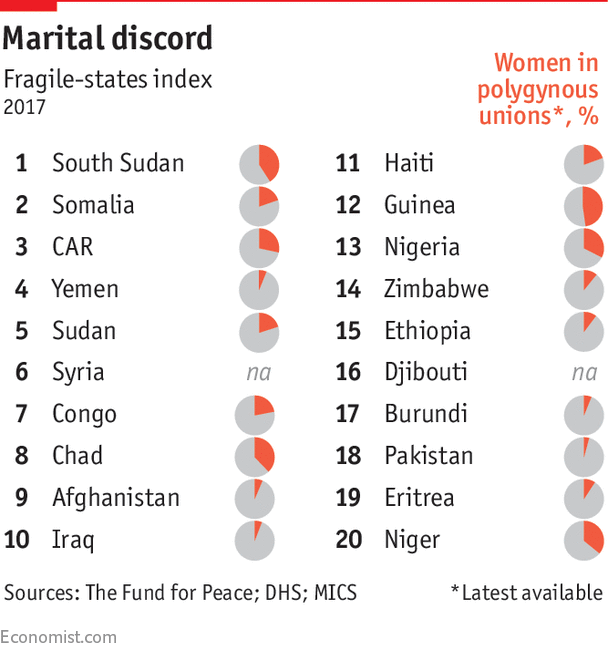 Wherever it is widely practised, polygamy (specifically polygyny, the taking of multiple wives) destabilises society, largely because it is a form of inequality which creates an urgent distress in the hearts, and loins, of young men. If a rich man has a Lamborghini, that does not mean that a poor man has to walk, for the supply of cars is not fixed. By contrast, every time a rich man takes an extra wife, another poor man must remain single. If the richest and most powerful 10% of men have, say, four wives each, the bottom 30% of men cannot marry. Young men will take desperate measures to avoid this state.