Source: The Psychology of Money – Collaborative Fund, by Morgan Housel

investing is not the study of finance. It’s the study of how people behave with money. And behavior is hard to teach, even to really smart people. You can’t sum up behavior with formulas to memorize or spreadsheet models to follow. Behavior is inborn, varies by person, is hard to measure, changes over time, and people are prone to deny its existence, especially when describing themselves. … The finance industry talks too much about what to do, and not enough about what happens in your head when you try to do it.

This report describes 20 flaws, biases, and causes of bad behavior I’ve seen pop up often when people deal with money. 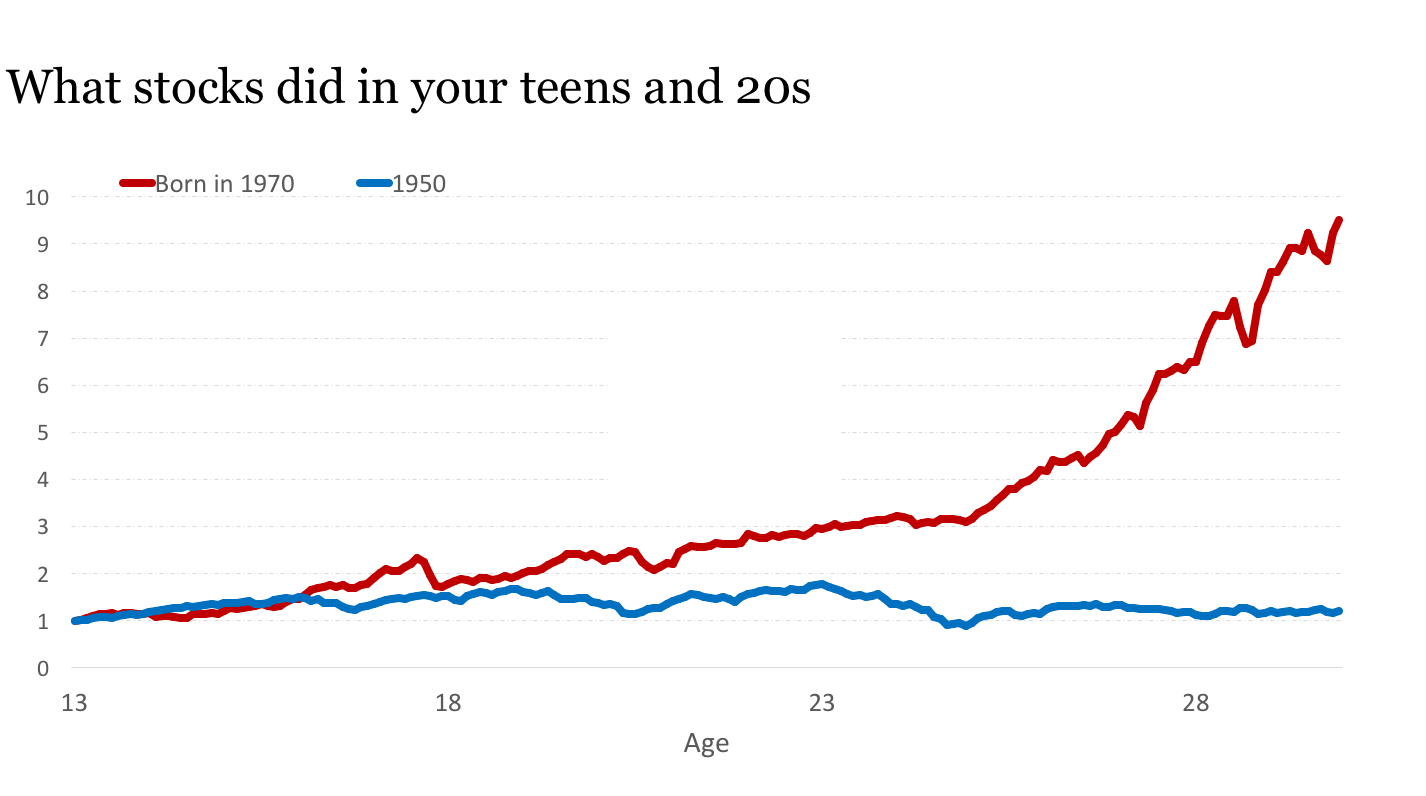 Optimism is a belief that the odds of a good outcome are in your favor over time, even when there will be setbacks along the way. The simple idea that most people wake up in the morning trying to make things a little better and more productive than wake up looking to cause trouble is the foundation of optimism.

If you see someone driving a $200,000 car, the only data point you have about their wealth is that they have $200,000 less than they did before they bought the car. … Wealth, in fact, is what you don’t see. It’s the cars not purchased. The diamonds not bought. The renovations postponed, the clothes forgone and the first-class upgrade declined. It’s assets in the bank that haven’t yet been converted into the stuff you see.