Slow population growth in America’s most productive cities is a big problem for the US economy. 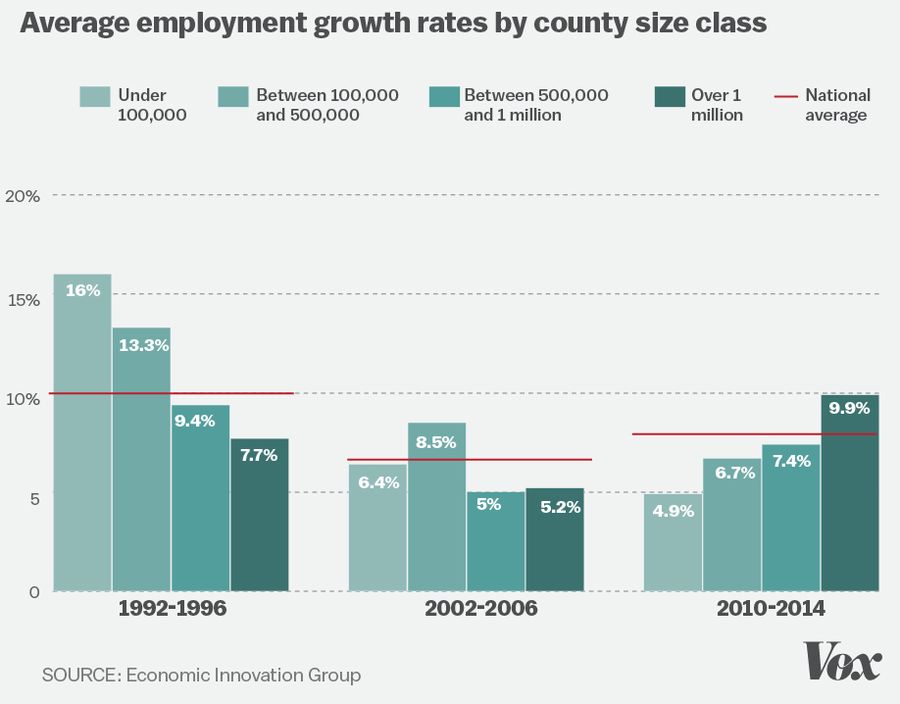 The runaway success of the smartphone game Pokémon Go this summer provides a good illustration of the economic forces that are concentrating opportunity in large cities. Pokémon Go could generate as much as $1 billion in its first year, and almost all of it is going to flow to big technology companies like Niantic (located in San Francisco) and Nintendo (based in Kyoto, Japan).

People in the rest of the country will certainly play a lot of Pokémon Go, and the game’s geographical focus may lure some people out to patronize existing bars and restaurants. But the game will not directly create any jobs in most parts of the country. That’s a big contrast with older media industries like movies — which created jobs selling tickets and popcorn — and music recording, which created jobs in record stores.

To be sure, many people in the San Francisco Bay Area don’t want it to look more like Brooklyn. But they also probably don’t want housing to become so expensive that their children can’t afford to stay in the area. And that’s ultimately the choice they face.

Source: The case for making New York and San Francisco much, much bigger | The new new economy